BEYOND RENEWABLE AND RECYCLABLE ENERGY

THE ESSENCE OF THE JOB

‘Energy cannot be created when it is absent, cannot be destroyed when it exists, but it can transform from one form to another. (Law of Thermodynamics 1)'

The most natural and historical example of convertible energy is the revolutionary horse carriage which is the beginning of transportation. 5500 years ago, and unknown inventor who invented the wheel, proved that pure and clean energy can be transformed by bringing the horse and the wheel together. 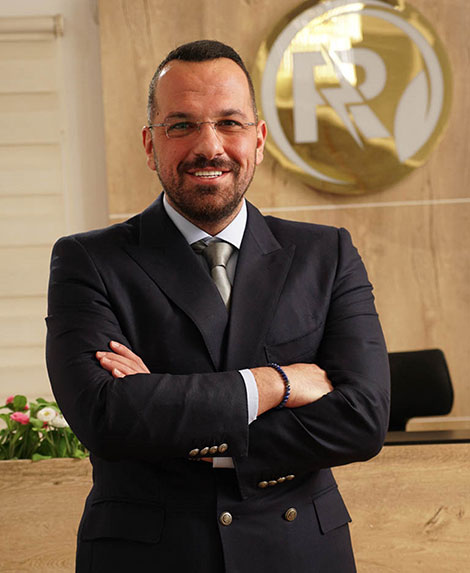 THE PERIOD OF BETRAYAL OF THE NATURE

For centuries, humanity has been a commodity producer, producing only enough for themselves and their families, selling enough of the remaining crop and making a living. When energy was in a pure, clean and transformable state in people's lives at that time, an industrial revolution changed the human being. We preferred to want more instead of being content with less. Mass production increase in parallel with the increase in population; by pushing us to raw material problems, environmental pollution and unfortunately a consumption that upsets the entire balance of nature, the ecosystem being deteriorated by human hands, has started the process of humankind's betrayal of air, water and soil.

We have learned that no betrayal will go unrequited with the most cliché but the most correct headline: “GLOBAL WARMING”. Together, we experience the danger and the upside-down balance of nature with news from all over the world. Global warming and climate change are not an impending threat; it is a growing and increasing danger that we live in. We must review everything from our lifestyle to our energy production methods and make the most of the last chance if nature may give us.

Since we no longer use horse-drawn carriages for transportation and live in adobe houses, we have no choice but to use the most accurate and sustainable methods in the current world conditions. In addition to renewable energy solutions such as solar, wind and geothermal, which have become quite widespread recently, electricity and heat energy obtained from the conversion of agricultural wastes, animal-based wastes and domestic wastes that have been turned into biogas, have begun to enter our lives intensively as renewable/convertible energy. The highly efficient organic fertilizers produced during the production of renewable energy obtained from animal and domestic wastes create a separate economic added value on their own.


BIOGAS CONTRIBUTION TO THE SUSTAINABLE WORLD

Biogas power plants, as in other renewable energy sources, eliminate the CO2 emission caused by fossil fuel-based energy production. In addition, it controls the release of CH4 (methane) gas, which is produced by the decomposition of organic wastes left in nature. Methane gas (CH4) can keep 28 times more heat in the atmosphere compared to carbon dioxide gas. The effect of methane gas (CH4) on climate change is much greater than that of CO2 gas. When viewed from this angle; apart from being a renewable source that only produces electrical energy, biogas power plants are the best method for converting agricultural and livestock waste and domestic waste without harming the environment.

We do not inherit the Earth we live in from our ancestors, we borrow it from our children. We strive to deliver the world we live into our children in the best way possible. We, as RENESCO ENERGY, are Turkey's pioneer in the field of biogas and the most ambitious group in sustainable energy production. As RENESCO ENERGY, we can deliver only a few starfish to the sea for a clean world. Let's, together, make many sea stars meet the sea in this adventure.